Chris Richardson Passes Away at 59

It is with heavy hearts that we inform our members that Chris Richardson has passed away. A true friend to Indian Country and our Chairperson, Chris will be deeply missed.

Chris was a founding member of TCSA and a driving force behind us as we've grown. We will always remember his heart for all of Indian Country. When COVID-19 forced us to shift our meetings to a virtual format, he championed the idea of opening up these meetings to all tribes for free. This was his way of supporting Native communities who had been disproportionally impacted by the coronavirus.

Chris was beloved by his family, his colleagues at TCSA, his fellow students at WSU where he got his Masters. To leave a tribute or story about Chris, you can visit this site created in his memory.

Chris' death was sudden and a shock to us all. He passed away after suffering a heart attack. Chris' family shared this announcement on his Facebook page on Feb. 28.

Chris Richardson, 59, passed away unexpectedly at his home in Olympia, Washington, Wednesday, February 24, 2021.

Chris was born to Peter and Ruth (Paget) Richardson in Bellerose, Queens, New York on November 21, 1961. After graduating from Martin Van Buren High School in 1979, he went on to earn his BA in Accounting and Information Science from Queens College, CUNY.

In 1997, Chris relocated to Olympia, Washington, where he began a long career of service to Northwest Tribes. An enrolled Chehalis Tribal member, Chris worked for 20 years in various management roles in Tribal enterprise government, most recently as the Managing Director at Chehalis Tribal Enterprises, where he was responsible for the Tribe’s convenience stores, construction company, and the new Talking Cedar brewery and distillery.

Chris was actively involved in the community, volunteering on the boards of several local organizations including Big Brothers Big Sisters, Port of Olympia Citizens Advisory Committee, and the South Puget Sound Community College Foundation. Chris was the founding board member and served as Chairman of the Tribal Convenience Store Association (TCSA). He was also an active member of Gloria Dei Lutheran Church, where he served as a council member.

An avid Seattle Seahawks fan and season ticket holder, Chris made it a priority to never miss a game. He was an enthusiastic photographer, a Master of Social Media and the selfie. Chris was a devoted dog owner, who took great pleasure in spending time with his adored companion, London. An enthusiastic baker, Chris was known for his Sunday morning bagels, which he would personally deliver to his neighbors.

Chris was a lifelong learner who believed in the power of education. At age 57 he returned to school, later earning a Master of Business Administration from Washington State University.

Chris cultivated a vast and diverse network of friends and colleagues, all of whom will remember him for his positive outlook on life. He inspired the minds and touched the hearts of all who interacted with him.

Chris will be deeply missed by his daughters Magdalena Wood-Richardson and Margaretha Best Richardson; sister Bonnie Quirke of Pennsylvania; and a host of beloved aunts, uncles, cousins, nieces and nephews. He was preceded in death by his wife Denise Best, and his parents.

A private service will be held in Chris’s honor. In lieu of flowers, the family requests memorial contributions be made to Gloria Dei Lutheran Church of Olympia.

TCSA has a tradition of honoring our speakers by wrapping them in a traditional blanket, shaking their hands, and taking a picture. Chris often presided over these moments. Even though the distance of death prohibits us from doing it now, in our hearts we wrap Chris in the warmth of our love and our fond memories of him. And we wish him well on the next stage of his journey. 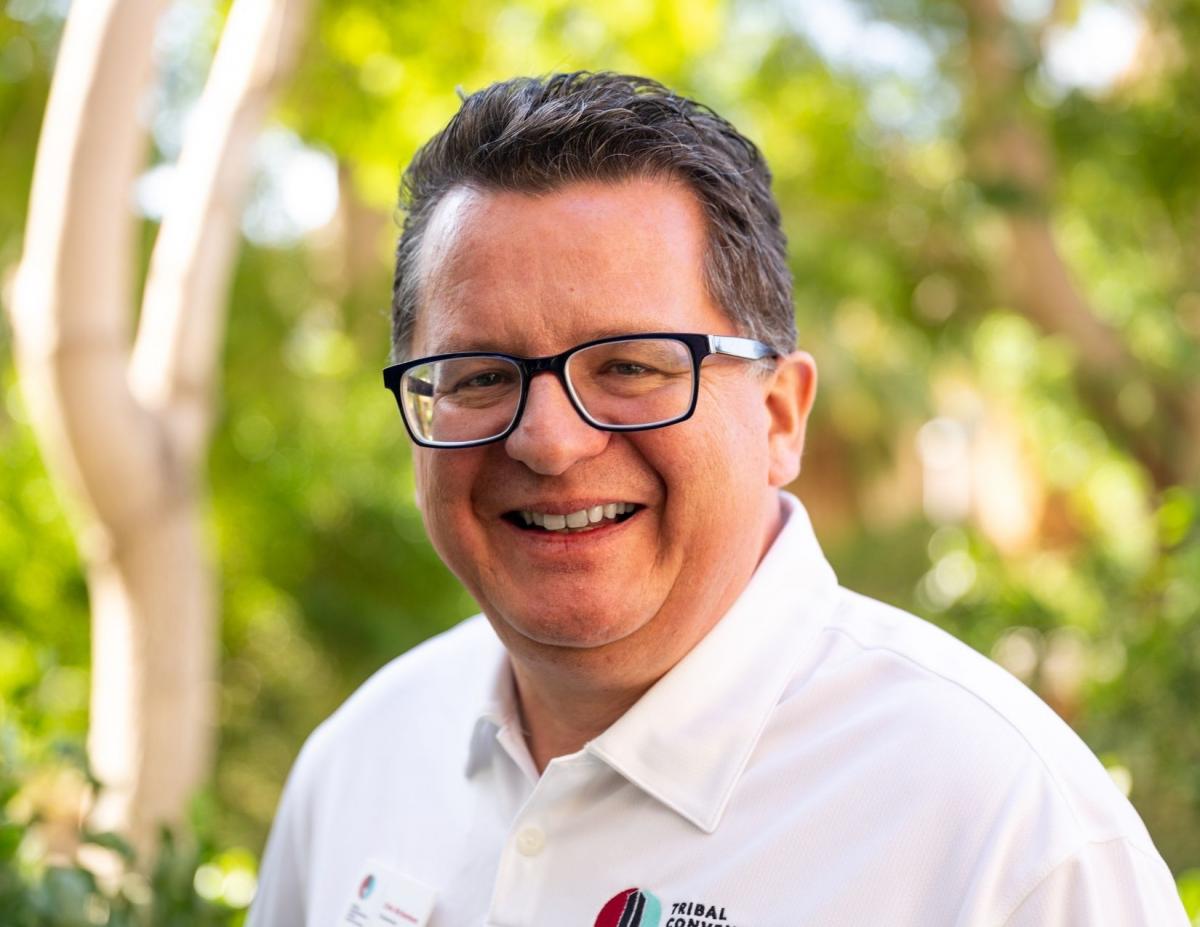